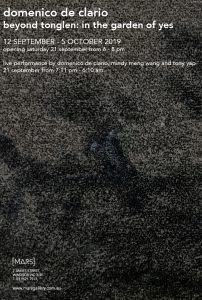 In 2015 Ross Lake and Helen Vivian began transforming an eight-acre
abandoned vineyard at the back of their property in Irymple (near Mildura in
northwestern Victoria) into a fully reticulated native garden containing
hundreds of species of native grasses, shrubs and trees.
Why was the garden made? To create a habitat for native flora and fauna and
as a consequence a nurturing refuge for humans; to acknowledge how the
land might have thrived long ago; to make something of beauty with love and
care and effort; and to inspire anyone that might wander by.
This transformation included adding hundreds of tons of organic material to
the soil, establishing an intricate series of gravel pathways crisscrossing the
garden and the construction of an artificial lake, fed by filtered water and
designed to become the home of many species of birds.
Ross and Helen named their unique creation the ‘Sky Garden’.
Below is Helen’s description of the garden:

Following the Japanese principle of borrowed landscape, the Sky Garden is a
layered response to the surrounding cultural and physical landscape, drawing
inspiration from the central Australian rippling sandhills, the Murray Sunset
National Park closer to home and the immediate (mainly Italian) horticultural
environs.
Cath Stutterheim (our landscape designer) envisaged the marriage of these
variously disparate elements as symbolically forming a pair of interlocking
hands, which bring together native and horticultural elements in a carefully
considered contrast of texture and form.
We began the garden in July 2015 with earth-scaping to create a series of
dunes that drain to a central dam. Rare and endangered Australian native
trees and a wide range of Australian grasses are the focus of the planting.
The endangered Callitris Buloke woodland community survives in our
immediate environs and these species have been reintroduced in a planting
which connects to existing roadside remnants and surrounds the orchard – as
if the orchard has been carved out of the original woodland.
A precious bequest of seeds of rare and endangered flowering trees and
shrubs, from the collection of Graeme O’Neill, is currently under propagation
by a local nursery and will form the final major planting next year.