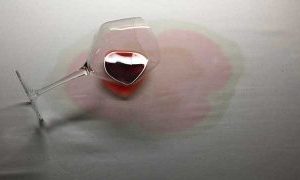 In his celebrated novel ‘The Unbearable Lightness of Being’ (1984), Milan Kundera discusses, among many other fascinating subjects, the nature of an unquenchable desire for an unidentifiable state of consciousness that has been lost, forgotten or repressed.

Numberless artists, musicians and writers have attempted to describe both this state and the journey towards its core; like astronauts the ones who are subject to its gravitational pull are firstly drawn into its orbit to inevitably descend onto its uncertain terrain.

Once there they are compelled to spend indeterminate periods of time on various pilgrimages through its illusory landscapes. Finally, if a return journey cannot be negotiated, they are destined to be lost forever among its odorless, colourless vapours.

Who am I thinking of? Past pilgrims include Dante, Cervantes, Dickinson, Hildergarde of Bingen, Chekhov, the Sufi mystics, Eckhart, Teresa of Avila, LaoTzu; more recently I can think of Pessoa, Woolf, Kafka, Ungaretti, Borges, Thomas, Calvino, Kundera, Carver, Coetzee, Lessing, Garner, Montale and many others.

Each language has devised a special term for this highly subjective state; Kundera offers the Czech word litost as the term that contains within it all of longing’s experiential nuances; in English it might be best described by the word longing. The Spanish language offers duende while the Portuguese saudade describes such states.

In Italian the word richiamo can be translated as either the call, or perhaps even the recall, the latter suggesting that upon hearing (or feeling) the initial call the listener experiences waves of knowing memory sweeping over like an echo.

The lyrics of popular songs of the first half of the twentieth century, possibly because they were written during the period in which the most tumultuous changes every experienced by humans took place, are all about longing, about the search for a lost innocence and simplicity.

They were mostly written and sung by those who had either recently migrated to the US from Europe or were disenfranchised cultural minorities living in the generational grip poverty.

Their longing for home was rendered more deeply poignant by the universal sense of shock at the rapidly changing conditions; for many others the breakdown of a world they had known so intimately and had loved so deeply contributed significantly to this expression.

My experience of longing is like that; an initial call, then an echo of something ancient but known sweeps over me, inevitably triggering an irresistible urge to descend onto the surface of the unknown world I am orbiting and lose myself in its mists.

March 1 is the first day of our southern autumn, and is therefore itself an undeniably litostian date, autumn being that most melancholy of seasons; its uncertain light recalls that of spring, but of course one well knows that what lies ahead is the chill of winter, not the warmth of summer.

On this day I invite you from 6 pm to slowly journey through Stefano’s subterranean cellar restaurant, sipping a glass of wine and looking upon seven tables filled with objects of longing; as you do so you might recall some of your own.

Then from 9.30 pm celebrated saxophonist Adam Simmons and I will recall some of the echoes of a richiamo in the throat chakra club*, through the music and words of the twentieth century’s popular songs; I look forward to sharing these with you on March 1.

*throat chakra club: the word ‘chakra’ is a Hindu term describing each the seven energy centres in the body; the fifth chakra, located in the throat, emits blue light and facilitates self-expression.