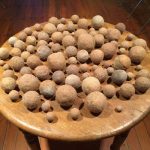 The project titled ‘walking slowly downhill’ commenced on the new moon morning of Sunday September 13 2015, when I began to walk slowly downhill from Mount Kosciusko, acknowledged as the principal watershed of the Murray River.

Over the next fourteen weeks I was to walk along various roads and tracks bordering the Victorian side of the river, until I would reach the river’s mouth at Goolwa in South Australia on the new moon of January 10, 2016.

This slow walk of 1650 kilometres was to be undertaken with the permission of the Elders of each of the indigenous nations that have inhabited Murray River country from source to mouth since time immemorial.

From September 13 2015 I began to observe the river’s transmutation of its initially inarticulate snow-and ice body into the river-ness of its expressive free-flowing water.

Some time later I became aware of my own gradual transmutation from mindful beginner and stranger to an initiate.

What is a stranger? To mind the stranger lives both an un-belonging and an un-belonged life, as one who is perennially unhinged from one’s core,

And what is an initiate?

To my mind the initiate is the one who attempts to acknowledge the environment he or she journeys through as it is, rather than being intent on experiencing it as a construct inevitably created from one’s own culturally and psychologically biased projections.

As I gradually increased my intent to focus on the walk’s unfolding environment as it was I eventually began to sing.

At first mumbling and humming sotto voce all the songs I love, eventually evolving to a grateful and full breathing out of each note from chest through throat into the space around and above the journey’s path.

Each evening I wrote an account of the day’s passing, in an attempt to describe my beginner’s questions and articulate my initiate’s responses.

The tracery of the energetic transmutation that consequently took place remains embedded within the caravan’s experiential body.

All these works were constructed from what we had experienced through the walk until that point in time.

On reflection the entirety of the project titled walking slowly downhill could be said to correspond to a three-part equation that attempts to describe both its content and its outcome.

This equation might read as follows: visible + invisible = indivisible.

Its first wsd component is the visible.

It includes the body of the caravan itself; the residue of its physical occupation by Steve and I, including evidence of the use of everyday utensils and the presence of a range of various objects randomly collected along the way; the works we each exhibited at Palimpsest and the ninety-two texts I wrote, each describing a fragment of the day’s unfolding.

Its second wsd component is the invisible

The sum of these two components is the indivisible, encompassing the totality of an action titled walking slowly downhill.

But what might most adequately represent this equation, containing each component’s contradictory features yet exhibiting, in its final transmuted outcome, a balanced combination of object and subject, process and outcome?

As I walked along Goolwa’s never-ending beaches towards the mouth of the Murray on the new-moon morning of the twelfth of December 2015, I was astonished to find numberless clusters of various-sized spheres** made from unknown materials and lying along the shoreline, forming infinitely intricate combinations of planets, moons and galaxies…

I was further astonished when a friend*** sent me some information suggesting that these spheres, formed from a sea-grass species known as Posidonia australis, can be found on beaches bordering the Murray’s mouth as well as along the Mediterranean shores of Italy.

A pilgrimage inevitably aspires to conclude its meanderings with a return to one’s home.

What might a return home mean in this case?

I reasoned that if one’s true home may only be found within an integrated self then the simultaneous arrival at the mouth of the Murray of both of my hitherto separate selves might signal both the end of my walk and the possible beginning of an undreamed-of integration.

My first self contains the invisible yet deeply embedded layers of my Italian-ness; the other encompasses the more recently birthed dimension of what it might mean to be visibly Australian.

Since the beginning of my walk this latter dimension has been gradually wakened from its numbed unconsciousness, and consequently arrived at the Murray’s mouth clear-eyed and bursting with bright life.

Discovering the Posidonia spheres upon reaching it indivisibly linked my origins to my newly awakened other self.

While in their presence I cannot help being reminded of the spherical nature of existence; of how the random gathering of free-flowing disparate materials, inevitably further compressed by nature’s centrifugal forces, transforms this material into individual sentient beings which eventually become singularities, pairs, clusters, communities, collections of collections…

Consequently each Posidonia australis sphere best represents for me the project’s intent, process and outcome; and, therefore, the equation.

Perhaps each sphere does not simply represent the equation, but is its living manifestation.

Ninety-two were gathered from beaches near the river’s mouth and installed in the centre of the Bolte Gallery, embraced by the ninety-two texts.

Together they constitute almost the entirety of the bloom-manifesting rhizome that best describes walking slowly downhill.

Its single missing component is the voicing of all the songs I sang through each day of the walk, both to myself and to all that was around me.

This last bloom will become manifest through the singing of seven of the walking-songs at the end of the installation’s opening.

Just as a river begins from a trickle in order to finally deposit its ensuing vastness into the waiting ocean, so might human lives similarly begin and end, unfolding from their source to their final joining with the universal through indivisibly embedding each invisible component within all our visible manifestations.

This process is simply a fragment of the vaster one, whose final horizon cannot ever come into view.

This may be the single clarity that illuminates the entirety of this project from within; the ineluctable inevitability of the endless dissolution and re-formation that continues to define both the human journey and that of a river.

*Steve Rhall is a Melbourne artist who has collaborated with me on this project since August 2015.

**Leaf litter from Posidonia australis (a species of sea-grass) and other underwater vegetation may accumulate as high as two metres on beaches along some parts of both the Australian and the Mediterranean coastline, usually during the winter months, and are then washed back into the sea by late spring.

These accumulations, found along Mediterranean shores since ancient times, play an important role in the marine food chains of both the Mediterranean and the southern Australian coasts.

Due to the turbulence of ensuing underwater currents the sheath fibres of this species eventually detach and the resulting loose material is then formed by the same currents into spherical balls of different sizes, which are finally deposited by tide action onto the beach.

Even in a decomposing state, sea-grass leaf litter comprises the main diet for many marine species.

***Thank you Catherine Hewitt for the Posidonia information and the spheres.

****To be presented at MAC on the afternoon of the 20th of February.

Thank you Robert Biggs for kindly agreeing to speak at the opening.

Thank you Helen Vivien for the inspiration and support.

For various reasons, to be explained fully both in a longer narrative later on and at a public talk to be presented at MAC on the 20th of February, my walk along the Murray came to a pause in early January and some of its banks between Albury and Robinvale remain yet un-walked. I remain committed to its completion.